The Patent Shoppe will continually strive to provide its clients with legal representation that is:
I.   of the highest possible quality;
II.  reasonably priced; and
III. with excellent, responsive
communication and transparency. 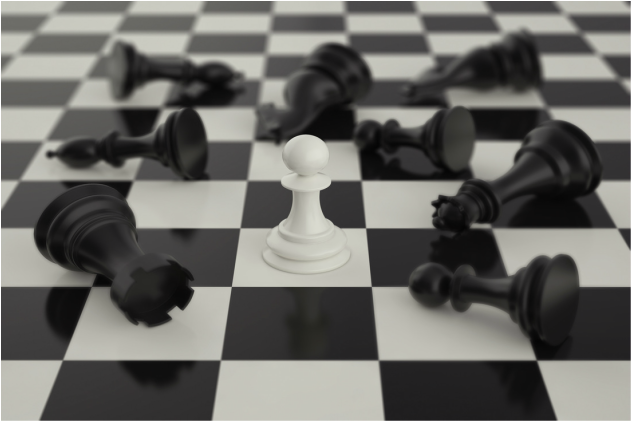 Although a patent is presumed to be valid after it issues, patent invalidity is a defense that substantially all alleged infringers will consider asserting when facing a demand for license fees or the threat of a patent infringement suit. In fact, a substantial number of patents that were once reviewed and issued by competent Patent Examiners have been later struck down by courts on invalidity grounds.

This is why patent applications must be drafted carefully and with an eye for subsequent litigation. If patent claims are drafted too broadly, some or all of the claims may be later struck down as being invalid in view of prior art, especially prior art that was not before the Examiner during the examination of the patent application. On the other hand, if patent claims are drafted too narrowly, such claims will not read on any infringing activity. A delicate balance must therefore be achieved in order to attain a claim scope that is broad enough to capture infringing activities, but not so broad that the patent claims will be invalidated in view of the prior art. In this sense, claim drafting is more like a "delicate craft" which can take years of diligence and dedication to master. We here at The Patent Shoppe specialize in this craft.

Many more inexpensive "Do it Yourself" patent services provide no mechanism to account for these legal intricacies, and as a result, even if such "Do it Yourself" patents ultimately issue, these patents tend to run a much greater risk of being invalidated in a subsequent lawsuit or proceeding. Since attaining a patent requires that the patentee pay significant non-refundable government fees (see Current USPTO Fee Schedule), it makes little sense for anyone to dedicate resources to obtaining a patent that will likely only later be held invalid or unenforceable, or otherwise for a patent that no one in the world can possibly infringe.

On the other side of the spectrum, larger, more expensive law firms frequently present patent quality issues that are equally problematic. In many large firms, the firm management specifies the billing rates of its attorneys. Prospective clients may request certain work be performed for a specific budget, and some partner at the firm will frequently agree to take on the work for that agreed-upon budget without the consent or knowledge of the associate attorney (i.e., the very person who will actually be handling the case). For example, assume a certain type of patent project, on average, requires 20 hours of legal time. Further assume that the associate attorney is required by the large firm to bill $500 per hour and that the agreed-upon budget was $5000. In these situations, the associate attorney will only have ($5000/$500) = 10 hours to complete this 20 hour project. The resulting work will frequently be rushed with important details skipped or glossed over.

The Patent Shoppe does not operate under this model, which we believe is antithetical to the notion that clients deserve legal services of the highest possible quality. We understand that for many people and businesses, filing a patent is frequently a large investment of time, effort, and funding, and as such, it should be accorded due respect and careful preparation. We here at The Patent Shoppe strive to give each patent application the full attention it deserves, treating each patent application as if it were our own. 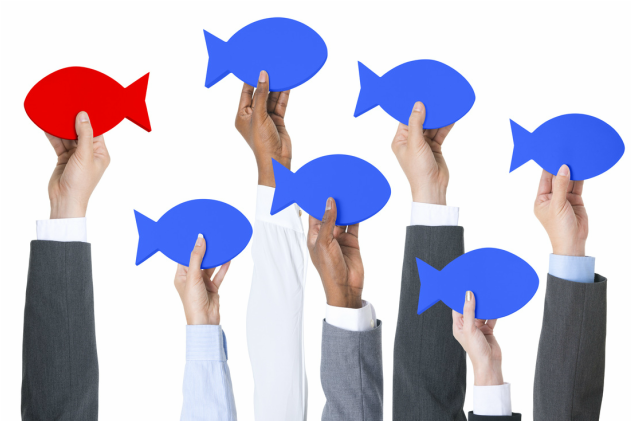 The Patent Shoppe offers competitive rates as well as free initial consultations. Because of our lack of overhead, we can frequently offer billing rates that are substantially more attractive than the billing rates offered by other firms.

As mentioned above, many firms employ a business model where associate attorneys (and sometimes even partners) are required by firm management to satisfy a certain number of billable hours per year. In many of these firms, this minimum billables requirement coupled with high billable rates and a markedly noticeable lack of clientèle (driven primarily by the high billable rates) creates a perverse incentive for attorneys to drag their feet in order to rack up as many billable hours as possible. The Patent Shoppe does not believe in or operate under this model--we do not utilize a minimum billables requirement. As such, clients of The Patent Shoppe never have to worry about attorneys trying to play "catch-up" because they are behind on their billable hours.

The Patent Shoppe will also scrupulously try to avoid taking unnecessary extension fees and surcharges during patent prosecution. We have seen other firms charge their clients for taking extensions even when the firm's own attorney was the sole cause of the delay. We have also witnessed situations at other firms where after a client objected to paying extension fees caused by the attorney's own delay, that attorney subsequently ordered his associates to not take any more extensions--but only for that one client. As a result, that one client's matters become prioritized and were shifted up earlier in the docket, but matters for his other clients became pushed back and extended. In the end, these other clients wound up paying the extension fees for the attorney's delay.

At The Patent Shoppe, we work on cases promptly and efficiently to avoid such delays. Even in the event of a delay, we will never bill you for taking an extension that was necessitated on our account.

A fourth advantage of engaging The Patent Shoppe is that we are currently offering free initial disclosure meetings with inventors. We have found from our own experience that certain clients (especially cost-sensitive clients) sometimes will want to rush through the inventor disclosure meeting because law firms are billing for such meetings by the hour. As a result, the description of the invention provided at the meeting is similarly rushed and may not be well understood by the drafting attorney. Additionally, alternative embodiments may also be rushed, or in some cases, completely skipped over. This tends to yield thinner and more confusing patent specifications, which in turn makes subsequent patent prosecution much more difficult and may also limit continuation practice as well.

At The Patent Shoppe, we don't believe that inventor disclosure meetings should ever be rushed or that inventive details should be glossed over. This is why we are offering to our clients an initial invention disclosure meeting free of charge. We want you to take your time disclosing the invention so that we can provide a better patent specification to the patent examiner. 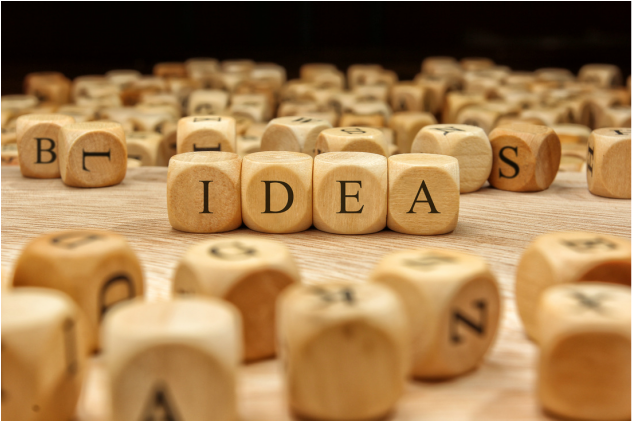 Communication is an essential component of the provision of any type of legal services. In fact, both the State Bar of California and the United States Patent and Trademark Office impose an ethical duty upon attorneys to provide timely and pertinent information to their clients for every matter that the attorney is handling. For these and other reasons, we send our clients timely reporting letters to keep them apprised of all developments relating to their matters, and also provide them with copies of all relevant correspondence issued by official agencies that are in charge of handling their matters.

Despite the ethical requirements listed above, we have found that certain other firms will often play "hide the ball" in order to secure additional unnecessary legal work from their clients, or in order to cover up their own mistakes. In one especially egregious example, we are aware of a certain lawyer at a different firm who held a policy of never advising his clients to conduct a patentability search out of the fear that any damning prior art discovered during the search could only wind up costing him business. One of his clients was under the mistaken belief that a patent publication of identical subject matter did not count as "prior art" against a later drafted patent application that was filed by the same inventor, because at the time of the first publication, the inventor worked for a company which went bankrupt and therefore no longer existed. A simple patentability search would have almost assuredly discovered the existence of the prior publication, since it was publicly available and practically a carbon-copy of the first publication. This problem would have likely been rectified with under one hour of time. Even a simple Google search would have likely discovered this publication. Instead, no search was ever conducted, and the client, believing there was no issue, instructed his attorney to file internationally with a PCT application.

The earlier publication was discovered and cited as prior art against the client in the International Search Report (ISR). However, this client's attorney was busy when the ISR issued, and since a response to the ISR is not legally required, this attorney wound up ignoring the ISR altogether. The client later decided to enter national phase with his application in over ten countries, racking up legal bills and government fees amounting to over $100,000. Despite this enormous expenditure, none of the client's patent applications issued. You can find these and other similar horror stories at various other patent firms around the country. These stories serve as chilling examples of the dangers of poor communication and lack of transparency.

However, at The Patent Shoppe, we believe that communication, responsiveness, and full transparency are paramount because effective attorney-client relations are built upon openness and trust. It is these characteristics, along with highest possible quality and reasonable price, that establish the three foundational pillars of our entire patent practice. 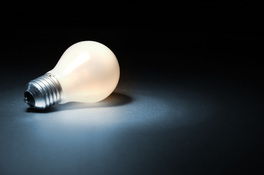 Back to The Patent Shoppe Home Page
© COPYRIGHT 2015, THE PATENT SHOPPE. ALL RIGHTS RESERVED. THIS WEBSITE IS PUBLISHED BY THE LAW FIRM THE PATENT SHOPPE. ITS CONTENTS ARE NOT INTENDED TO SERVE AS LEGAL ADVICE OR LEGAL OPINION. SUCH ADVICE MAY ONLY BE PROVIDED WHEN RELATED TO SPECIFIC FACT SITUATIONS THAT THE PATENT SHOPPE HAS BEEN RETAINED AS COUNSEL TO ADDRESS.